THE ENGINE BEHIND THE SUCCESS

THE ENGINE BEHIND THE SUCCESS

Royal Dutch Airlines (Koninklijke Luchtvaart Maatschappij) was founded on October 7, 1919. Now in its 95th year of existence, KLM is the world's oldest airline carrier still operating under its original name. KLM has formed part of the Air France KLM Group since the merger with Air France in 2004.

Together with Air France, KLM is at the forefront of the European aviation industry. Offering reliability and a healthy dose of Dutch pragmatism, the 32,000 KLM employees work to provide customers with innovative products, and to maintain a safe, efficient, and service-oriented operation with a proactive focus on sustainability. KLM strives for profitable growth that contributes both to its own corporate objectives and to greater economic and social development.

KLM has taken the initiative for corporate social responsibility (CSR) in the aviation industry. CSR is more than just a label at KLM. KLM and Air France want to set the standard for an integrated approach in the aviation industry. Our inclusive CSR policy focuses on customers, employees, and society. In 2014, Air France KLM was named as the most sustainable airline on the Dow Jones Sustainability Indices for the tenth consecutive year. More information about KLM's sustainability initiatives is available at klmtakescare.com.

KLM wants to lead the industry by outsmarting its competition. By merging with Air France, KLM has come to occupy a leading role in the global aviation industry. KLM desires to be the customers' first choice, to be an attractive employer for its staff, and to be a profitably growing business for its shareholders.

With its smart partnerships and pioneering new destinations, KLM is able to offer global access throughout its extensive network. KLM offers its customers a contemporary product by responding to market opportunities and technological developments.

Harm Kreulen, Managing Director of KLM Netherlands, says, 'KLM is proud of its Dutch roots and these are expressed in many aspects of our products and services. Sponsoring Joost, the best golfer from the Netherlands and the 2013 KLM Open winner, ties in well with this. We are proud to be associated with the drive that Joost has to rise in the world rankings, the same drive that has propelled him into the top 40 players in the world. Joost has proven not only that he is an outstanding performer on the international level, but also that he is a great source of inspiration for all golf enthusiasts in the Netherlands. Moreover, we see that Joost works tirelessly to improve himself. That is exactly what KLM strives for when it comes to the service we provide our passengers.'

Joost can count on KLM's support as he has to travel for tournaments to destinations that KLM also services. KLM will also help Joost to develop as a top golfer. For his part, Joost will take on his role as the KLM brand ambassador on both the national and international levels with verve. 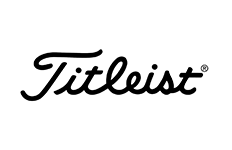 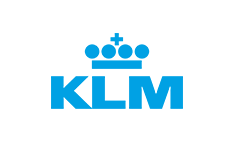 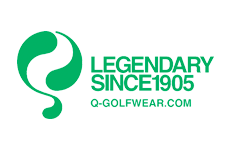