'If you're the best golfer in your country, you automatically become an ambassador for the sport. I absolutely feel a responsibility to promote golf in the Netherlands. I also have two personal projects that I'm really passionate about: Villa Joep and Golfers love Birdies. You can read more about the projects below.' 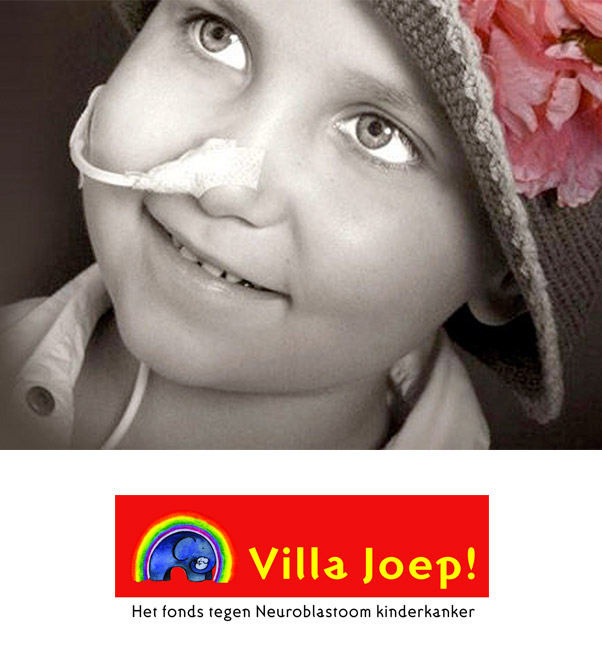 Since 2007, I have served as an ambassador for Villa Joep, a foundation that strives to cure neuroblastoma, a cancer that affects children. My association with this special foundation began after I met a few Villa Joep volunteers at a tournament.

Villa Joep was founded in 2003 by Leontine and Rowald Steijn, after losing their four-year-old son Joep to the disease. At that time, no research was being conducted on neuroblastoma, nor were there any plans for research or funding on the horizon. Yet, in the Netherlands, neuroblastoma affects about twenty-five very young children every year. The survival rate for the most aggressive form of neuroblastoma is shockingly low - just 30%.

Villa Joep raises money for neuroblastoma research and stimulates researchers to make specific plans for research. Since its launch in 2003, the foundation has supported eleven research projects, a few of which have produced international breakthroughs in the understanding of this disease. Villa Joep's ultimate goal is to cure every child with neuroblastoma. The foundation depends on donations, and, because it operates entirely with the help of volunteers, 100% of the money raised goes to research.

I was deeply moved by the story of Villa Joep, and I decided immediately to support this initiative. After all, you cannot comprehend just how lucky you are to be healthy. Because not every child is so lucky, I have associated my name with Villa Joep and I'm a donor. What's more, I've promised Villa Joep that I will promote their fantastic work whenever and wherever I can. In addition, I regularly speak with my network about this special goal. 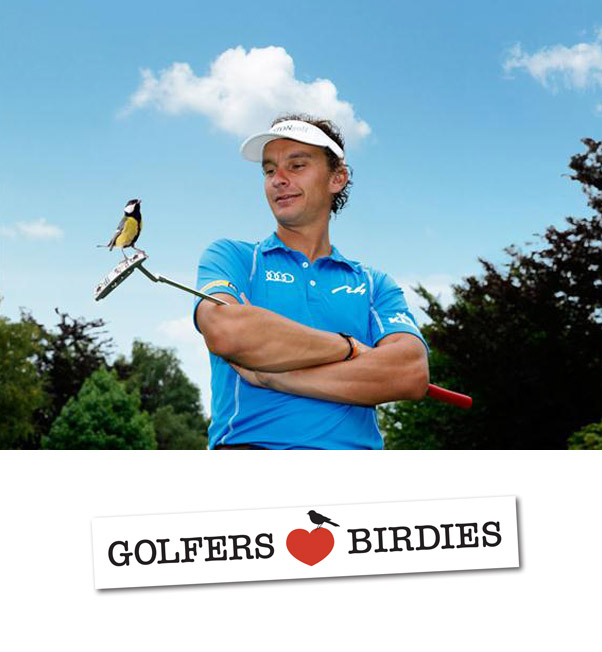 "Golfers love Birdies" is an initiative by Vogelbescherming Nederland (Dutch bird protection society) and the Netherlands Golf Federation (NGF) to raise awareness about the importance of birds to golf courses, golf clubs, and golfers. The Dutch golf industry, which is now at the forefront of sustainable golfing, owes its success in part to this initiative. With approximately 45 golf courses that are GEO-certified (an international certificate for sustainability), the Netherlands leads the way among countries working to advance sustainability in golf. Sustainable management is extremely important, and more and more golf course managers are doing their part to apply environmental maintenance techniques.

I offer my full support for this because I understand how vital nature is to golf. Martin Gray, my former caddie, is an active bird-watcher. He would always point out the birds to me on the course during our rounds. That's how I developed an appreciation for birds.

Birds serve as a measure of the quality of our environment. If birds are thriving, nature is also in good health. Therefore, proper course management is important to maintaining bird habitats. In my experience, being knowledgeable about nature adds another dimension to golf. I enjoy courses more, now that I know more about the nature surrounding them. Did you know that there are 69 different species of birds at the De Texelse course alone?